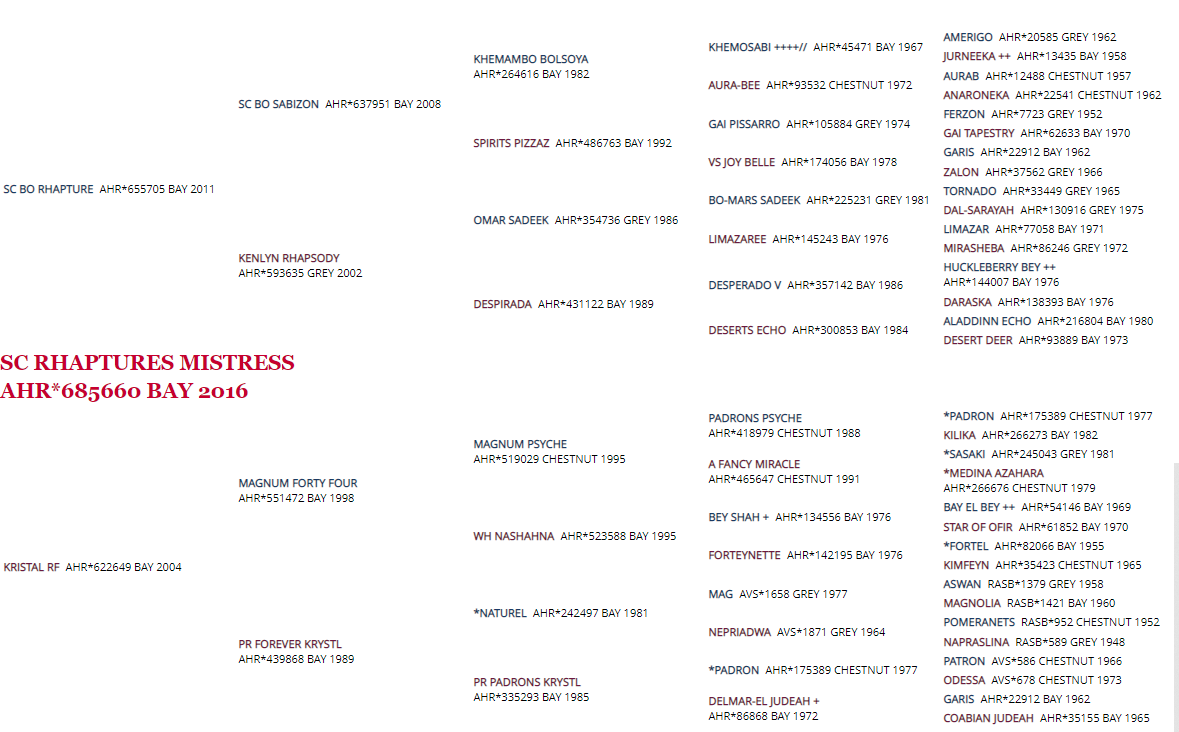 $5000 FIRM - Has desensitization done, groundwork, 7 months of professional training, at a W/T/C, and has been trail ridden.

Missy weighs approximately 800lbs. Advised weight at this time in pasture condition would be no more than 160lbs, combined weight of rider and tack.

Vertical Divider
SC Rhaptures Mistress "Missy"
Missy was born and raised with us here at Spirit Creek Arabians. Has had hands on and handling since she was born. She is a VERY personable horse that is looking to bond and have her own person. No matter how much she has been worked she will still follow you around the pasture waiting to get a halter put on to get taken out again the next day. She has no quit in her. She has been easy to handle, start, and continue to work with. Level headed, thinks through things before doing, and waits for the riders response. Willing to please and do anything for you as long as she is included, she is happy. Missy is confident and VERY forward, tons of energy but isn't "hot". Isn't spooky but can be cautious around unfamiliar things. She has a fast walk and slow walk but tends to want to cover ground rather than be lazy. I've encouraged her forwardness since I started her under saddle. She is such a sweetheart and will really make a special horse for someone. We are only selling her due to her being too small for our breeding program. We owned both of her parents. Her sire has thrown wonderful easy to start, athletic, smart, caring, and loyal foals. No buck, kick, rear, bolt, or bite. She will be ridden and taken on trails until sold! We are recommending an experienced rider only due to her forwardness. Missy has also already had her Coggins done.

დ Has had no health issues & is sound.
​დ Has had 7 months of training put into her. At a W/T/C.
დ Trail ridden
დ Has WONDERFUL ground manners, is respectful and is not pushy. Not an in your face girl.
დ Patient, is not buddy sour.
დ Can be ridden bareback, bareback with just a halter/knot halter, or in a saddle.
დ Can swing up on her from the ground, climb all over her.
დ Ties - Has had hours of tying time - has been tied to the horse trailer, in the horse trailer, trees, hitching post, tied out overnight. Has not halter pulled once for us.
დ She lunges both ways.
დ Picks up her feet, stands great for the farrier! (Our farrier said she has great/awesome feet!).
დ Loads in trailer beautifully/stands nicely.
დ Crosses mud/water (We have a creek they cross through everyday with different levels of water).
დ Has had thorough desensitization and groundwork.
დ Has been desensitized to fire.
დ Has had work on hills and down hills.
დ Has been ponied from on horseback and by an atv.
დ Doesn't mind traffic - Has been around 4 wheelers, loud trucks, mowers, farm machinery.
დ Has been taught to step up onto, stand, and go over obstacles (mattress, tarps, bridge like objects, etc.)
დ Will walk over logs, branches, walk into and brush up against brush and long weeds/grass without issue.
დ Has been taught to jump over barrels (on the ground).
დ Has no bad habits, vices. Started well and has a clear slate ready to be trained in any direction.
დ Has a start to backing up under saddle (I don't push that).
დ Has potential as an all around family, kids horse with more miles put into her.
დ Has had fly masks put on (Doesn't mind them but isn't afraid to take one off).
დ Has been blanketed
დ Is pastured in a herd and is in the middle of the pecking order (Won't seek out to pick on anyone but will stick up for herself, gets along with everyone).
დ Has been stalled (Doesn't mind).
დ Has been bathed.
დ Can have music played while riding her. 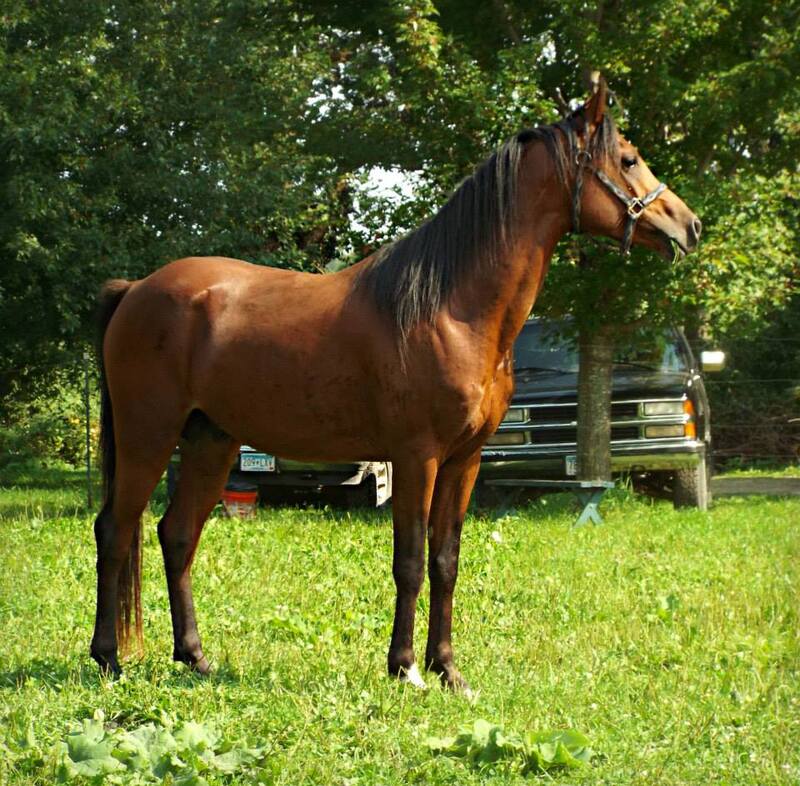 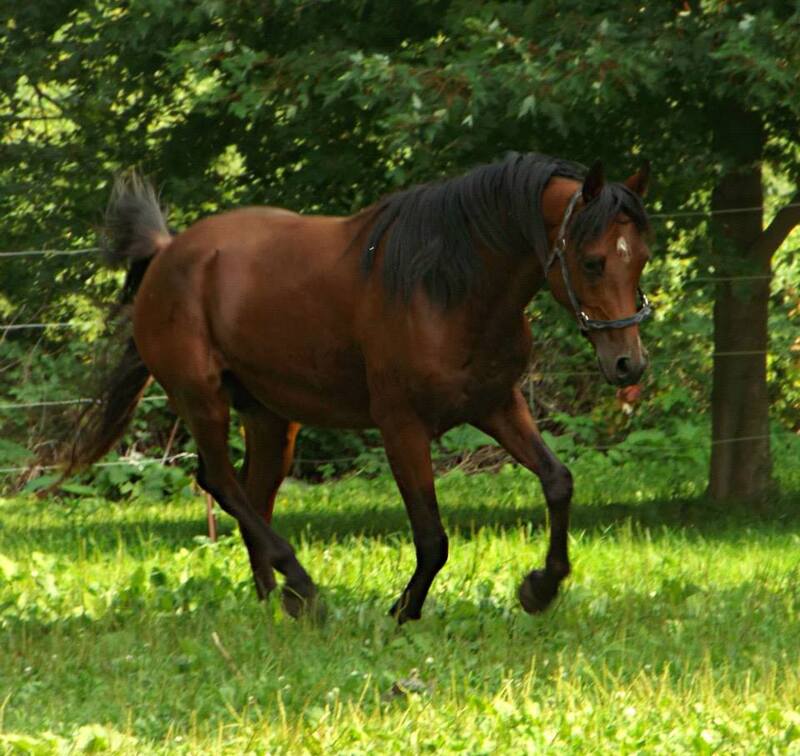 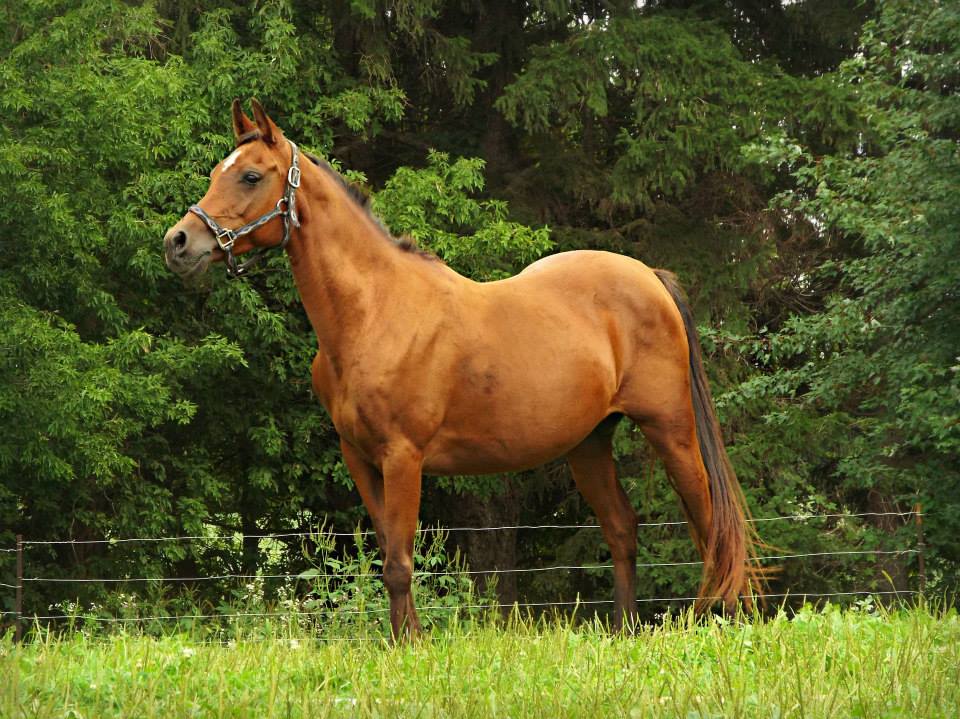 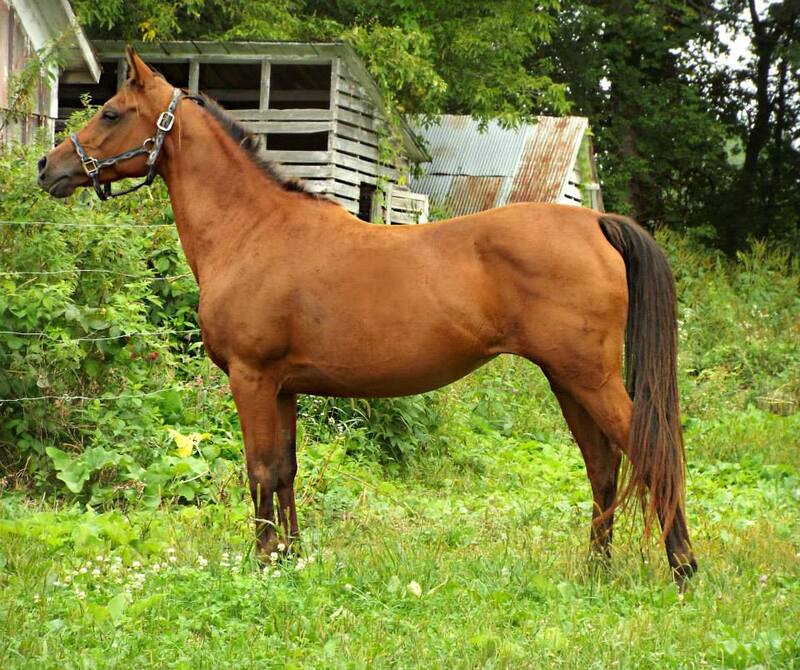 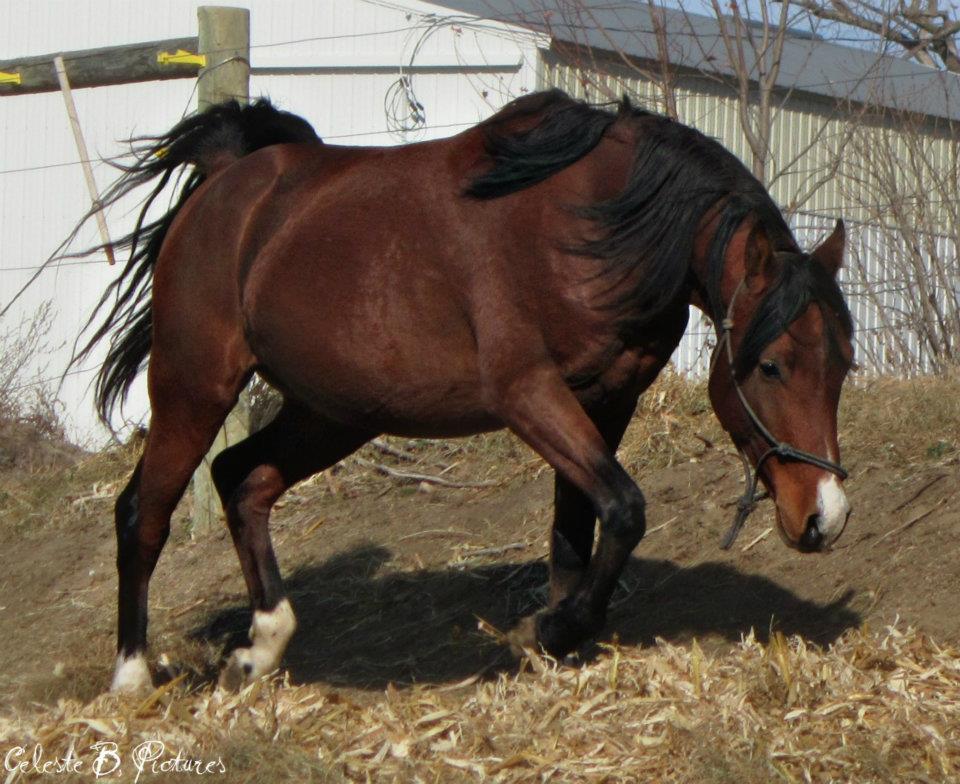 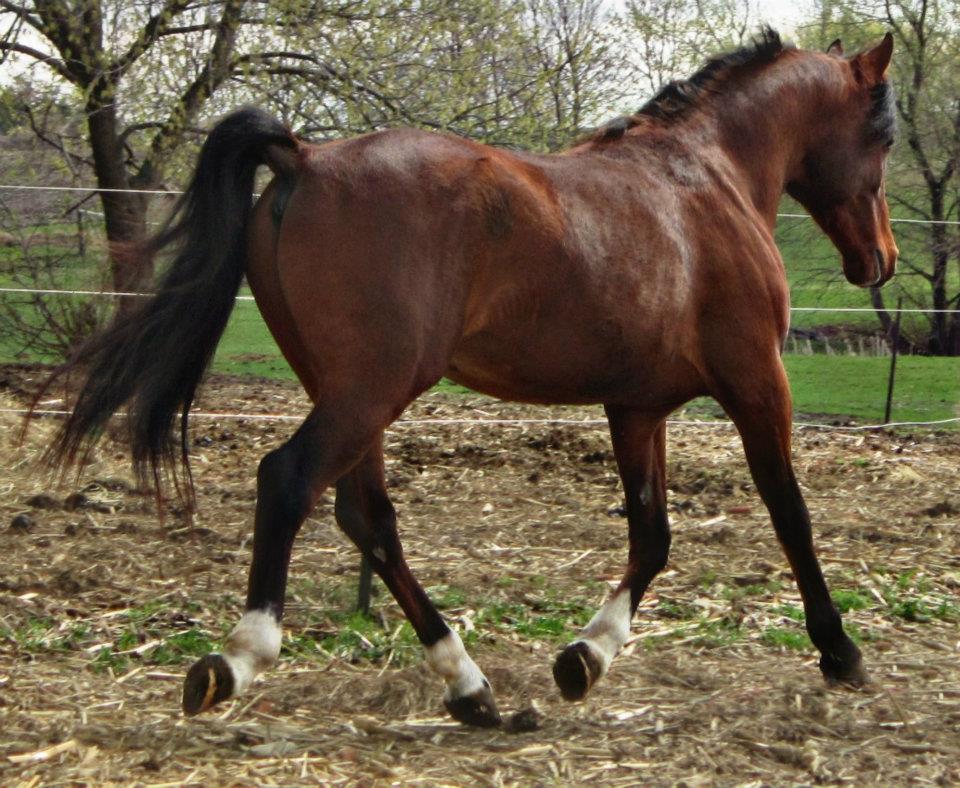 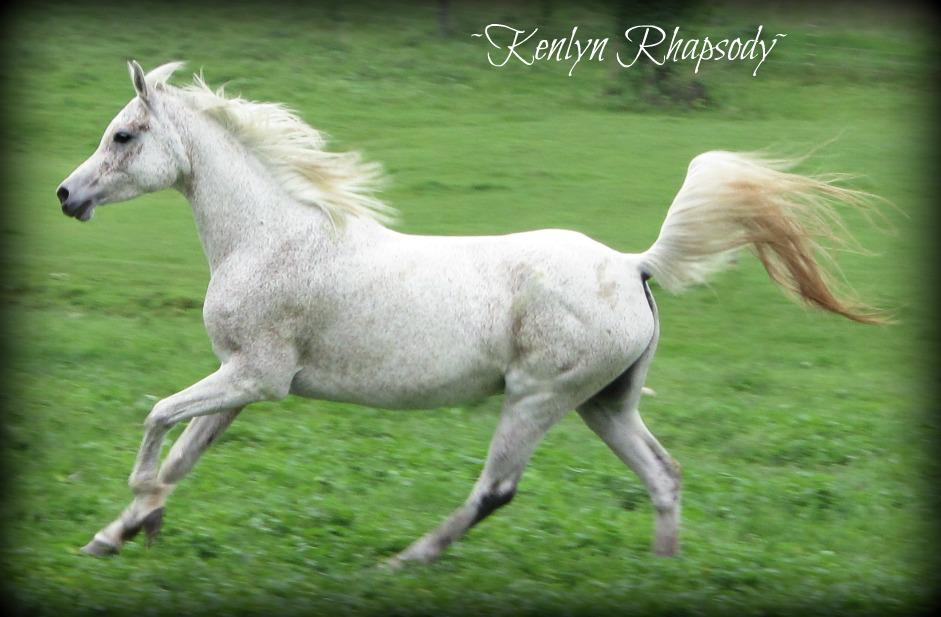 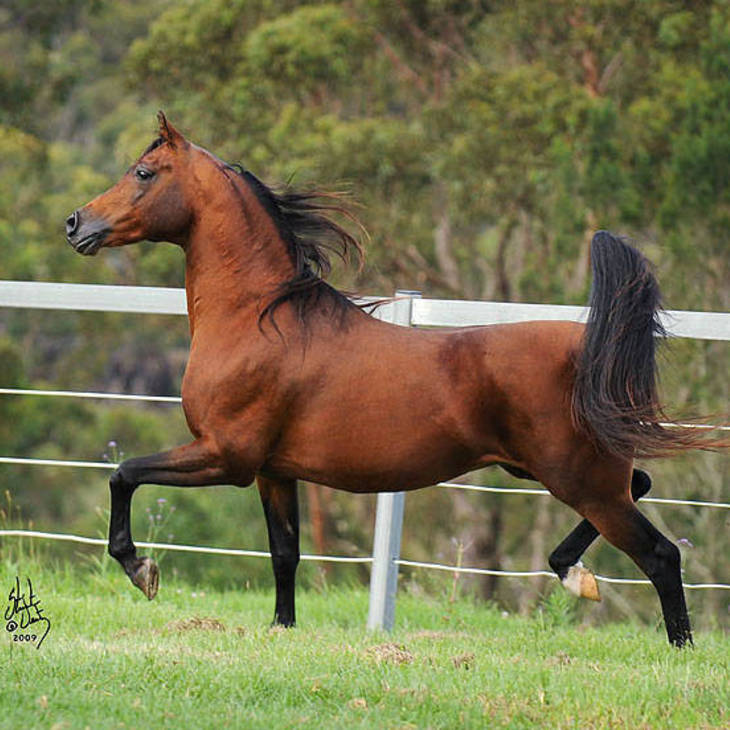 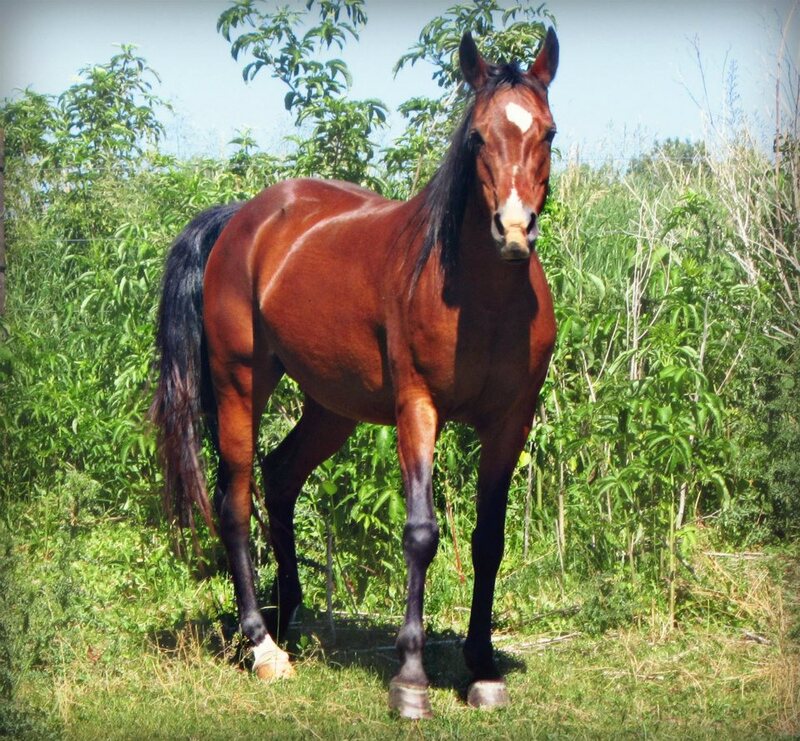 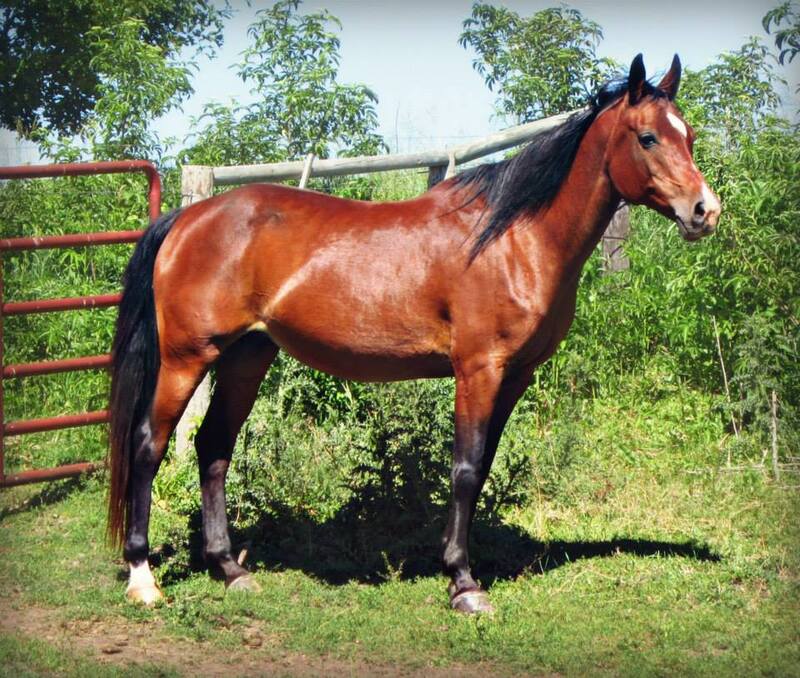 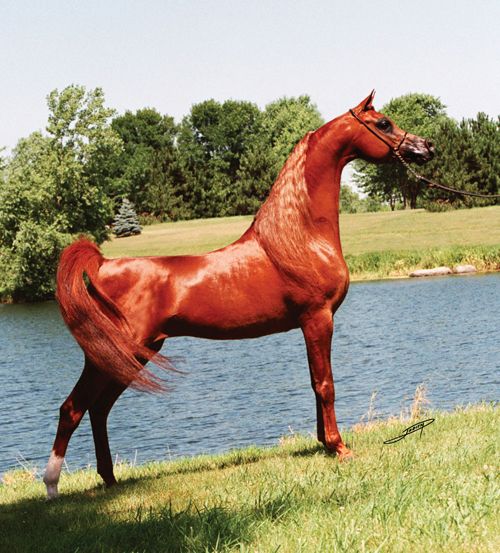 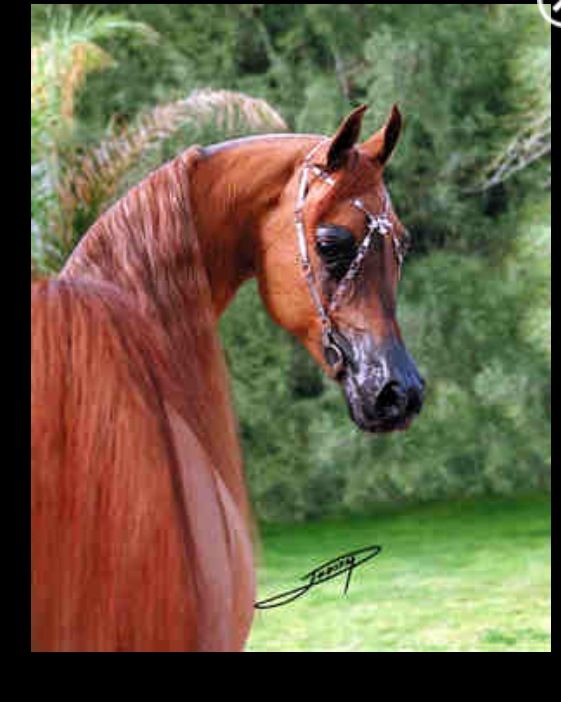